The best way to protect against flu and its potentially serious complications is with a CDC recommends that everyone 6 months of age and older get a seasonal flu vaccine each year by the end of October. However, as long as flu viruses are circulating, vaccination should continue throughout flu season, even in January or later.
​
The side effects of flu shots are mild when compared to potentially serious consequences of flu infection. After getting your flu shot, you may experience some mild side effects. The most common side effects include soreness, tenderness, redness and/or swelling where the shot was given. Sometimes you might have headache, muscle aches, fever, and nausea or feel tired. 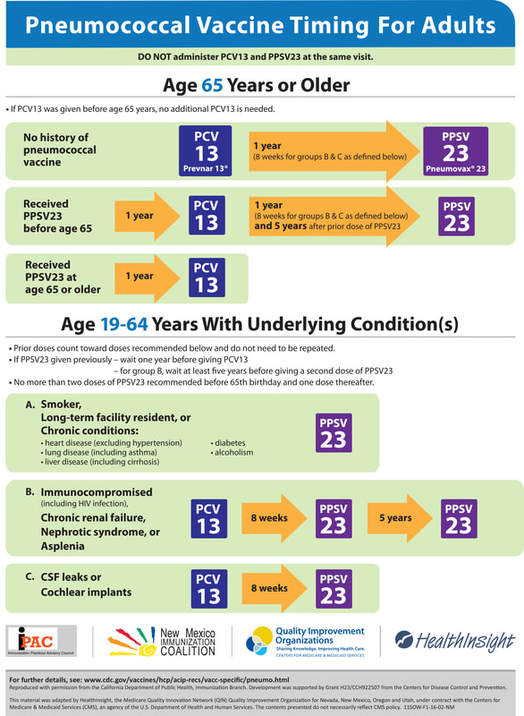 Shingles (also called herpes zoster, or just zoster) is a painful skin rash, often with blisters. Shingles is caused by the varicella zoster virus, the same virus that causes chickenpox. After you have chickenpox, the virus stays in your body and can cause shingles later in life.
​
Shingles is far more common in people 50 years of age and older than in younger people, and the risk increases with age. It is also more common in people whose immune system is weakened because of a disease such as cancer, or by drugs such as steroids or chemotherapy.

You can’t catch shingles from another person. However, a person who has never had chickenpox (or chickenpox vaccine) could get chickenpox from someone with shingles. Even if you have had shingles, you can still receive shingles vaccine to help prevent future occurrences of the disease.

For more information on the flu vaccine please visit cdc.gov